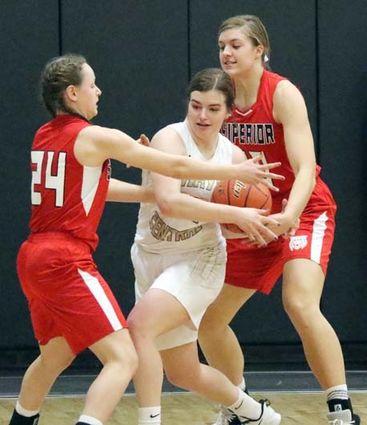 At Hebron, the Superior Lady Cats played the Thayer Central Titans Friday. The Cat’s record was 8-1 while the Titan’s was 6-3 before the game. The Cats lead in the first two quarters, leaving the halftime score at 27-22. In the third quarter, the Titans got the lead and because of the assertive defense played by the Titans, the Cats could not get it back. The Ladycats lost the game with a final score of 42-48.

The Superior boys basketball team earned their first win of the season when they beat Thayer Central Titans Friday. The Cats’ record was 0-8 while the Titans’ record was 6-2...