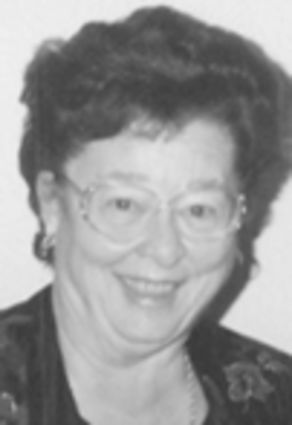 Orena was born to Clarence and Erma (Lansden) Maag on Nov. 24, 1925, at Otego. She was blessed with one younger sister, Maxine Bownman of Lebanon, Kan. She grew up in the Ionia area and graduated from Esbon High School in 1944.

On Dec. 23, 1946, she was married to Duane Arthur Spatz. During their marriage they lived in towns of Jewell, Mankato and finally made their home at Burr Oak. They started the Wagon Wheel Square Dance Club and were members of the Sam’s Camping Club. They enjoyed fishing together and camping. To this marriage, three children were born: Dennis, Bob and Pat. Duane died in July,1989. Years later Frosty Clegg became her friend and partner and stood by her through all the sickness till the end.

Orena worked in many businesses in Burr Oak and Mankato. You might have seen her waiting tables, sacking groceries, driving a mail truck or looking up information at the Register of Deeds office in the Jewell County Court House. She was a mean tractor driver and cow herder. She had many hobbies, enjoyed fishing, bowling, canvas stitchery and crocheting. She was known for making doilies and angels for her family and friends.

Her family was always her life. She kept score for many baseball games, sponsored many high school after game dances, and sat behind home base at softball games yelling “Strike em out!”

In 1973 her son, Bob, was killed in an accident at DuBuque Packing Plant, leaving a big void in her heart. Her grandchildren were her life line. She enjoyed every minute she had with them. When they would leave, she would already be asking, “When are you coming back?”

She was preceded in death by her husband, Duane; parents, Clarence and Erma Maag; and son, Bob Spatz.

Her funeral was at 11 a.m., Saturday, Jan. 25, at Melby Mortuary with Matt Ehlers officiating. There was a private family interment.

Visitation was held one hour prior to service at Melby Mortuary. Memorials are suggested to the Burr Oak Community Center in care of the funeral home. Condolences may be left online at http://www.melbymortuary.com.