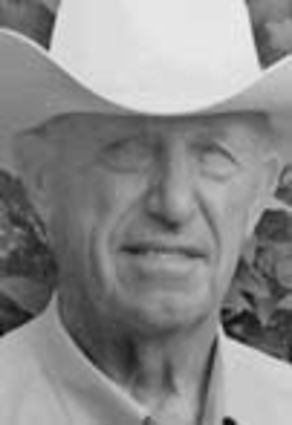 He was married to Alice Eyster. Three children were born to this marriage. He lived and ranched with his life partner Ronda Jaeger from 1994 until his death. Before his retirement, he was employed as the director of the Great Plains Veterinary Educational Center from 1988 to 2010 near Clay Center, Neb. He was a member of the Sacred Heart Catholic Church in Nelson.

He was preceded in death by his parents, stepfather, John Miller, and a daughter, Barbara Jean Rupp.

Gary graduated from Colorado State University in 1964 with a doctorate in veterinary medicine. He completed his initial veterinary residency in 1966 at the University of California Davis Veterinary College. At residency completion, he entered into large animal veterinary medical practice in Meeker, Colo., through 1973. He then returned to Colorado State University where he practiced and taught veterinary medicine as well as completing his master's of science degree in food animal medicine in 1975. While teaching at CSU, he was a critical member of the team which created the Kimberling-Rupp Spay Tool and technique. He led initial efforts (in direct coordination with its namesake) that resulted in the creation of the Colorado State University John E. Rouse Beef Improvement Center (formerly One Bar Eleven Ranch) near Saratoga, Wyo. In 1983, he relocated to Texas A&M University at College Station, Texas, where he continued teaching and practicing. In 1988 he began his distinguished career with the University of Nebraska creating and directing the Great Plains Veterinary Education Center (Clay Center, Neb.) until his retirement as Professor Emeritus in 2010. In 2005 he received the American Association of Bovine Practitioners (AABP) Excellence in Preventative Medicine Beef Award, he was recognized by the Colorado Veterinary Medical Association (CVMA) in 2014 for 50 years in veterinary medicine, and was inducted into the Cattle Production Veterinary Hall of Fame in 2015. During his post retirement years, he worked cattle and enjoyed his ranch just outside of Oak. He will always be remembered by his former students and colleagues as an inspirational teacher and mentor.

His funeral was at 10:30 a.m. Wednesday, Feb. 5, 2020, at the St. Joseph Catholic Church in Superior, Neb., with Father Ferdinand Boehme officiating.

Music was "Holy Holy Holy," "For The Beauty Of The Earth" and "Amazing Grace" with Carlita Price as organist. Lector was Peter Rupp.

Interment was in the Mt. Olivet Cemetery in Wheat Ridge, Colo.