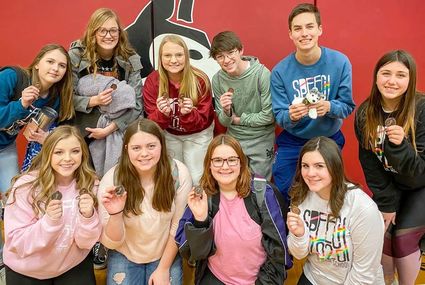 Superior's speech team competed at Aurora Saturday. Medals were extended to 15th place at this meet because of the size of it. There were 528 individual entries from 33 schools across Nebraska. That is a huge number! Medaling at all was a tremendous feat!

Kaylee Flaata and Raven Holland - sixth place in Novice Duet Acting. There were 29 entries in this category.