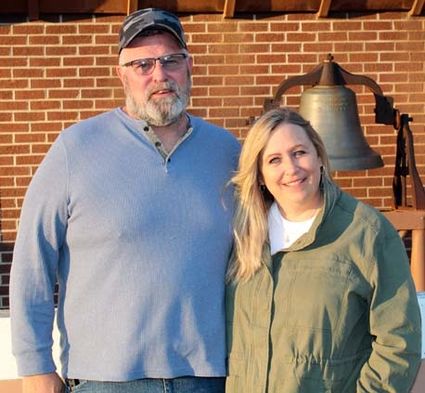 Daryl Wilks (left) is the newest officer of the Superior Police Department. He and his wife, Beth, relocated to Superior from Pflugerville, Texas after their retirement from law enforcement careers.

Daryl Wilks is the newest addition to the Superior Police department. He brings an extensive background in law enforcement to the position. He retired from the Pflugerville, Texas Police department as a sergeant in January, 2020, with 32 years of service. Pflugerville is a city with a population of more than 63,000 residents and is a suburb of Austin.

He was sworn in as a Superior police officer by Chief Jill Allgood and has begun patrol duties. He will attend a short course at the police academy in the near future. Because of a reciprocity agreement between states, he will only need to t...