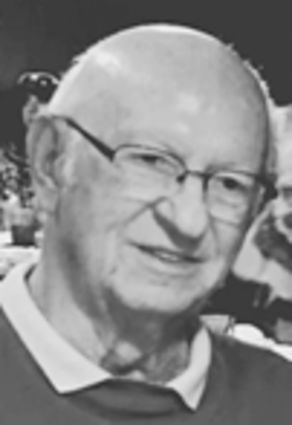 Leo attended school in Mankato and graduated with the Class of 1955. Leo worked for many years at the Superior Coca-Cola Bottling Plant and the City of Superior and finished his career as the emergency management director for Nuckolls, Webster and Thayer counties. He also owned Superior Fire Extinguisher Co. and owned and operated the Superior Dairy Queen for 10 years.

Leo married his first wife, Betty Mellott, on Aug. 12, 1956, and was married to her and loved her until the day he died. The fun-loving couple had four children, Kim, Kurt, Kraig and Kevin.

Leo’s favorite place in the world was Lovewell Lake, where he purchased a trailer in Twin Coves Cabin Area. Trailer No. 24 has been in the family for 50 years. He water skied on Lovewell before it was full of water in 1957 and taught all of the Zadina children and many friends to water ski over the years.

Leo was involved in the Superior Volunteer Fire Department for 46 years and was fire chief for 16 of those years. He was president of the Nebraska Fire Chiefs Association in 1977-78, was awarded the Firemanship Award from the Superior VFD in 1978 and received the Award of Merit from the Knights of AK-SAR-BEN in 1978. Leo enjoyed sauerkraut pizza, grilling out, coffee, boating, water-skiing, freezing ice cream, hunting, a good party and watching his children and grandchildren playing sports

He was preceded in death by his parents and brother, Louie Zadina.

Services will be held 10:30 a.m. today (Thursday) Feb. 20, at the United Methodist Church in Superior. Pastor Natalie Faust will be officiating. Burial will be in the Evergreen Cemetery. Visitation was held from 10 a.m. to 7 p.m. Wednesday with the family present from 5 to 7 p.m. Memorials in lieu of flowers to Superior Volunteer Fire Department and or the Mankato endowment club. Condolences may be sent to the family at wmsfh.com. Williams Funeral Home of Superior was in charge of arrangements.