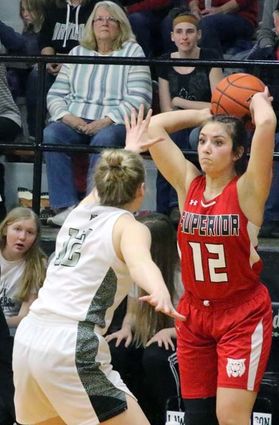 It is said all good things must end. So it was for the D-2 Lawrence-Nelson girls basketball team who saw their season long 21 game undefeated streak come to a screeching halt at the hands of C-2 Superior, 77-34, at Nelson, Friday. It was the final regular season game for both teams.