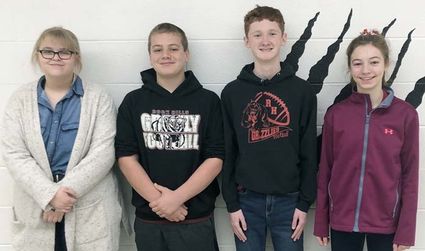 Rock Hills had 10 students competing on the eighth grade team.