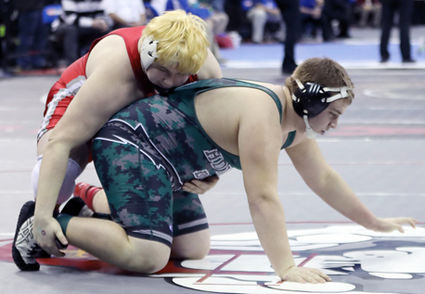 Payton Christiancy, the lone Superior High School wrestler to qualify for the state meet at Omaha, earned a sixth place finish and 11 team points. The state tournament was held at Omaha's CHI Center, Thursday through Saturday.