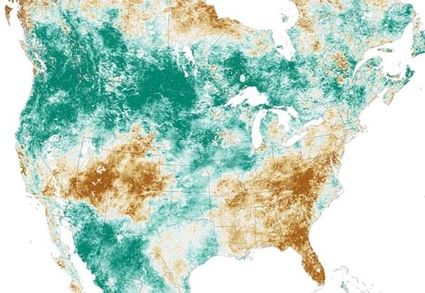 NASA A satellite-based rendering of the flash drought that struck the United States in 2019.

From late August through early October of last year, drought engulfed much of the Southeast United States in a way that many don't expect drought to behave - suddenly.

Drought throughout the Southeast spiked from covering about six percent of the region to 44 percent in less than a month. While many droughts embody the common description of the natural disaster as a creeping phenomenon, taking months or years to develop, the Southeast drought grew widespread and severe in a matter of weeks.

It was a classic flash drought, as defined in a new research paper which seeks to clarify what...