Reprinted from the March 27, 1930 issue of The Superior Express 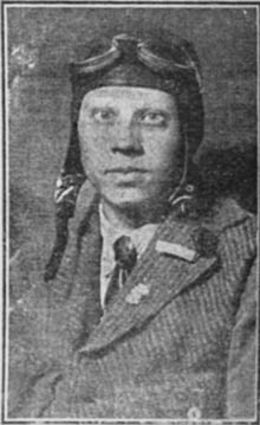 Superior's first real airplane tragedy occurred at 4 o'clock Sunday afternoon when a Lincoln-Page three passenger biplane owned and piloted by August Wahlen of Edgar and carrying three Superior passengers, developed motor trouble in the air and crashed into south Converse Street fatally injuring the pilot and rendering various injuries to the passengers, the exact extents of which are not, as yet, fully ascertainable.

Wahlen, twenty-five years old, son of Alfred Wahlen, living four miles north of Edgar and maintaining a produce business in town has been interested in aviation for some thr...