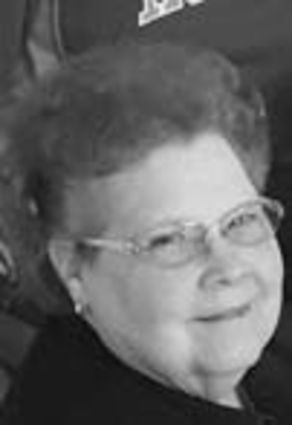 Shirley Louise (Johnson) Dahl was born on April 23, 1942, in Belleville, Kan. She was the daughter of Albin Renold and Gladys Lucille (Aspegren) Johnson, and was one of five children born to this union.

On Oct. 15, 1961, Shirley was united in marriage to Norman R. Dahl at the Ada Lutheran Church.

Shirley enjoyed watching sports, and attending her grandchildren’s sporting events. She also enjoyed tending to her flowers and flower beds around her home. When Norman was battling cancer, Shirley was his dedicated care giver throughout his illness.

Shirley also enjoyed her pets; most recently, her husky, Kiya, that would always greet Shirley with “I Love You” when she walked in the door.

She was preceded in death by her parents and husband Norman.

Survivors are her children, David Dahl of Formoso, Gary Dahl and his wife, Linda, of Formoso, Renea Schott and her husband, Tim, of Savannah, Mo., and son, Kevin Dahl, and his wife, Jessica, of Belleville. Shirley is also survived by her sisters, Alma Dean Johnson of Salina, Verlene Watson and her husband, Richard, of Hardy, Neb., and Rhonda Reed of Madison, Kan., and brother, John Johnson of Courtland. She is also survived by 18 grandchildren, 17 great-grandchildren, many nieces and nephews, and a community of friends.

Visitation was held from 1 to 8 p.m., Wednesday, March 18, at Tibbetts-Fischer Funeral Home in Belleville, where the family greeted friends from 5 to 7 p.m.

For those unable to attend the funeral service, a video recording of the funeral has been uploaded to the Tibbetts-Fischer Funeral Home website, and can be found on Shirley’s obituary page.

Memorials are requested to the Belleville Ball Association, or to Pike Valley softball or baseball to benefit youth sports, and may be sent in care of the funeral home.

Tibbetts-Fischer Funeral Home of Belleville assisted the Dahl family with these arrangements, http://www.tibbettsfischerfuneralhome.com