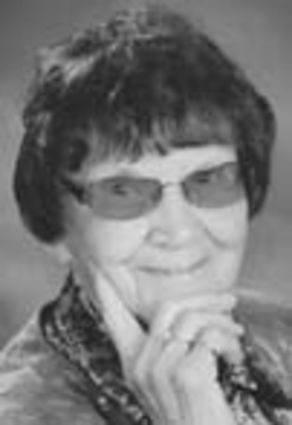 She attended a rural school through the eighth grade and then moved to Atkinson and attended Saint Joseph school to the 11th grade.

She worked at several jobs in the vicinity and finally worked at the Hastings Ammunition Depot during World War II. Shortly after that she bought the Owl Cafe in Shickley, and continued to run it for 20 years. After selling the cafe, she bought a house at York, Neb., in 1963. Shortly afterward she took a job with CB & Q Railroad as a relief worker for employees on vacation and sick leave. For some time, she was on the mobile unit out of Superior. She retired in 1982 from Shickley.

Evelyn married Eugene L. Slaughter on April 21, 1952, at Lincoln, Neb. After his death, she continued to live in York until her death.

She belonged to the American Legion Auxiliary, and the V.F.W. Post 1609 and the T.P.A

Evelyn is survived by her nieces, nephews, cousins, brother-in-law and many good friends

She was preceded in death by her parents, Henry and Mary; her husband, Eugene, on Jan. 19, 2002; her brothers, Joseph and Edward; infant sister, Madonna; and sister, Ida Smith.

A private family Mass was held at 1:30 p.m., Saturday at St. Joseph Catholic Church in Superior with Fr. Boehme officiating.

Music was “Amazing Grace” and “How Great Thou Art,” with Carlita Price as the organist.

Memorials can be directed to St. Joseph’s Catholic School in Atkinson.