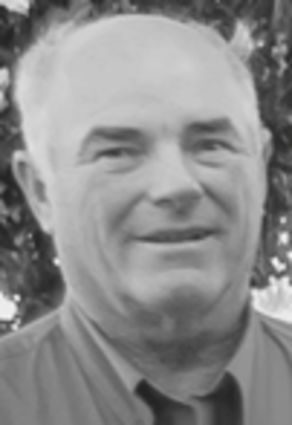 Jerry Dean Hasemeyer, 64, the fourth child of Louie Jr. and Ruth (Barry) Hase-meyer, was born on March 4, 1956, in Superior. He died April 20, at the Brodstone Memorial Hospital at Superior.

He lived most of his life time in the Olive Hill and Webber communities. At a young age he started working on the family farm and spent his life time being a farmer-rancher. In 1988, when his parents retired, Jerry starting farming with his brother, Gary, and sisters, Sherry, Rosemarie and Rosemary, started Hasemeyer 5 Ranch partnership.

Jerry dearly loved time with his nephews and nieces, taking them in the tractors, combine and horse back riding. He enjoyed attending rodeos, horse and livestock sales, eating out, watching western shows and listening to country music, and Herb country classic radio show. He liked his companion dog Wylie and his paint horse Reagan.

He was preceded in death by his parents, Louie, Jr and Ruth; grandparents, Louie Sr. and Mary Hasemeyer and Roy and Minnie Barry.

His funeral will be held at a later date at the Megrue-Price Funeral Home in Superior with Matt Ehlers officiating.

Memorials are suggested to go to in care of the family.

Condolences may be sent to Megrue-Price Funeral Home, 750 N Commercial, Superior, Neb. 68978 or in care of http://www.pricefuneralhomes. com.