Twenty-six years ago Jana Chase found her nitch when she was hired as the Community Action Services coordinator at Superior. At the time, Jana was a beautician at Republic, her hometown. Looking through The Superior Express, she saw an ad for a coordinator for the program to begin in Superior. She applied at the Kearney main office for the position and interviewed. When she was called a week later and offered the position in Superior, she was surprised and pleased.

Over the years as coordinator, Jana has helped individuals find available community resources when they were in need. She worked closely with the Commodity Supplemental Food program, WIC (Women, Infants and Children), the Weatherization Assistance program, the food pantry and affordable housing. Jana's job as coordinator allowed her to work closely with different agencies, organizations, churches and volunteers in the community. Through her job experiences, she has built strong relationships with people in these groups.

Jana was already familiar with Superior when she started working for Community Action Services. While she was growing up, Jana's parents, Bob and Vera Burge, came to Superior to shop. Later she frequently brought her great aunt and uncle to Superior for their shopping needs. She found Superior to be a caring, kind and supportive community. She believes that even more after working in the community.

Superior residents have been accepting and supportive of Community Action Services throughout the years. She has enjoyed coordinating several events such as the Giving Tree program and the Spirit of Christmas each year.

The positive differences her job has made for others are heartwarming. One of her favorite memories with her job was with the food pantry. One day a family came to pick up their food. When the child looked at the packages the family was to pick up, he looked at his mom with wonder and asked, "This is for us? We get to eat this tonight?" Jana wants no one to go to bed hungry.

Jana was pleased when her customers called letting her know that through her help, they are doing okay. She celebrates their successes too. Those calls, celebrations and customers will be missed. Hearing her customers stories is important to Jana. She got great joy helping and working with people take the next step in their lives.

After 46 years, Jana will be closing her beauty shop in Republic. She has plenty of other activities to keep her busy. One of those is mowing and keeping up with three yards.

Most of her time will be with her family. She has a 3-year-old granddaughter in Beloit who was recently diagnosed with Type 1 diabetes. Jana wants to help care of her on days there preschool is not in session and while her mother works. Jana's granddaughter has big plans for the two of them going on walks, riding bicycles and going to the park once the COVID-19 restrictions are eased. Jana also plans to follow the activities of her other two grandchildren. Her grandson wrestles at the college level and her other granddaughter plays high school sports at Beloit.

Jana is looking forward to working outside in her flower beds, reading and educating herself about diabetes, meeting up with friends and visiting, something she has not had enough time to do while working. 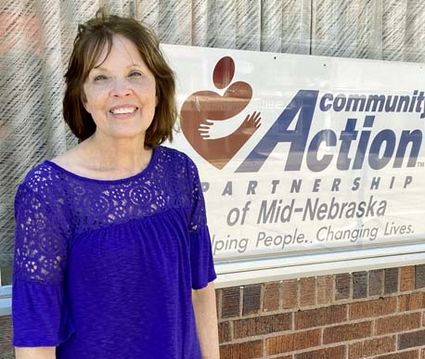 Jana Chase, Republic, has retired from her post at Community Action in Superior after 23 years of service.

Of course, Jana will continue to make time to volunteer to help others. She strives to help people make positive choices in their lives, which is why her job as coordinator fit her so well.

Jana appreciates the support Superior has given the agency and her. She is grateful for the outpouring of support from the Superior community when her husband, Paul, died a year ago. "I have made many connections in the community and with people making it hard to leave the job." She is thankful for all who have volunteered to help Superior's Community Action Services make a positive difference in people's lives.

Jana's last day at Superior's Community Action Service was Friday. The adminstrative staff at Kearney held an on-line retirement celebration in her honor so people from the district could attend.

An ad has run for the job position at Superior's office. As of yet, Jana's replacement has not been announced by the agency.