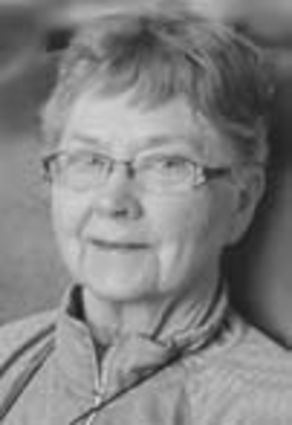 She married Robert Zeigler on Aug. 14, 1959. Four children were born into this union and the family was raised in Superior. They later divorced.

She married Steve Becker on Nov. 22, 1997, at Salem Lutheran Church. Together they enjoyed going to horse races, playing cards and living on the 100-year Runge family farm.

Before her retirement from Edward Jones, Connie worked at Alexander Motors and J.C. Penney.

Connie had a loving heart for all animals, especially horses and cats. She also enjoyed participating in bowling leagues, multiple card clubs and watching her children and grandchildren in their many activities.

She was preceded in death by her parents, and infant daughter, Tricia Lynette Zeigler.

Her funeral was held at 10 a.m., Friday, July 31, at the Megrue-Price Funeral Home in Superior with Pastor Ethan Feistner officiating.

Music was “Amazing Grace,” “How Great Thou Art” and “Wind Beneath My Wings,” with Vickie Nielsen as the soloist and Carlita Price as the organist.

Interment was in the Spring Creek Cemetery at Ruskin.

Memorials are suggested to go to the Michael J. Fox Foundation to help find a cure for Parkinson’s disease.

Condolences may be sent to Megrue-Price Funeral Home, 750 N. Commercial, Superior, Neb. 68978 or in care of http://www.pricefuneralhomes.com .