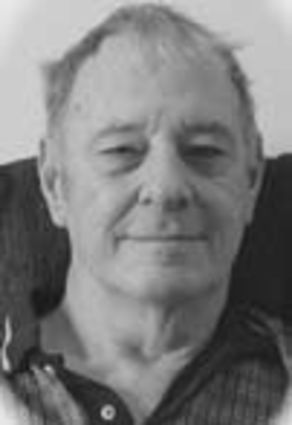 James Verlyn Bower, 80, of Hebron formerly Edgar, was born May 27, 1940, in Omaha, to Oscar and Gladys (Miller) Bower. He died Monday, July 27, at Blue Valley Lutheran Nursing Home in Hebron.

James grew up and attended school in Davenport.

James married Linda Wolf on June 18, 1963, in Lincoln, Neb. This union was blessed with the birth of five children.

James worked in Lincoln and Minden before moving to Edgar and working for Edgar Grain. He later opened his own shop, Bower Sales and Service, working on small engines.

He was a member of the Edgar Volunteer Fire Department and Edgar American Legion.

His pastimes were of course helping neighbors with their lawn mowers, woodworking, hunting, fishing and leather work.

He was preceded in death by his parents; two still born sons, Robert and Richard; and one sister, Glada Kraus.

Following James’ wishes he was cremated. A graveside service will be held at 10 a.m., Saturday, Aug. 8, at at Davenport City Cemetery. You are welcome to bring a lawn chair to the graveside services. Officiant will be Pastor Randy Schneider, Military honors by Edgar American Legion Post and the Freedom Riders. Lunch will be served at the Edgar Legion Club.

Condolences may be left at http://www.krollfh.com. Memorials may be mailed to Bryan 417 4th St. Deshler, Neb. 68340. Kroll Funeral Home of Hebron is in charge of arrangements.