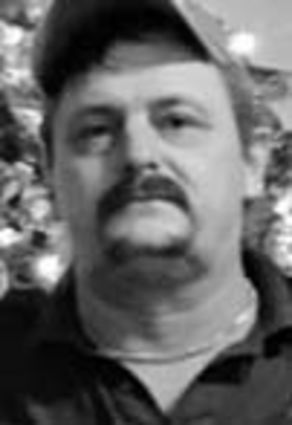 Roger was a Nelson High School graduate with the Class of 1988. Farming was his first passion. He enjoyed being on the farm raising pigs, driving tractor, baling hay and combining. He grew up farming with his brothers. Randy used to pick him up from school in his early years, to have time with him and teach him about farming. Roger also talked about time with his brothers, when they would hunt, fish, go to farm sales and cruise the back roads. He learned the mechanical part of things from David, and they shared an interest in of old cars and collecting toy tractors.

Roger enjoyed driving long haul trucks for several years and seeing the countryside. He liked classic rock music, the Eagles being his favorite. He talked about time cruising in the pickup singing to the radio.

Roger was much fun, and he liked to have a good time. He could be described as happy-go-lucky. He had three sisters who loved and doted on him when he was young. They helped raise him and took him everywhere with them. He had shared once that he had enjoyed time in McCook with his sister, Jennifer, and brother-in-law, Tim, camping, boating and playing cards. He also enjoyed a visit he took to Anchorage to see his sister, Loretta, and brother-in-law, Gary. He was especially close with his sister Priscilla “Babe.” They talked regularly on the phone, sometimes for hours. He loved Babe’s visits every summer and Christmas time where they would hang out and play lots of pitch. Babe and his brother-in-law, Steve, were here Memorial week and had promised him they would all hang out again Labor Day. He was so excited.

He spent time with his nieces and nephews.

He always had a dog by his side. The most memorable was Patch and later Howard. He enjoyed both of them like they were his children. When he found out Howard had cancer, he quit his job so he could be with him and take care of him. One of the hardest days of his life was when he had to put Howard down.

He had many lifelong friends.

He was preceded in death by his parents; infant sister, Beth Ann, and sister, Jennifer Lynn Boyd, and her husband, Tim; and nephew, Mason Westra.

His funeral was held at 11 a.m., Aug 1, from the Nelson Community United Church of Christ with the Rev. Joyce Dean officiating.

Music was recordings of “Peaceful Easy Feeling,” and “Go Rest High On that Mountain.”

Book signing visitation was held Friday from 4 to 8 p.m., with the family present from 5to 7 p.m.

Memorials may be sent in care of the family. Condolences may be sent to Klawitter-Price Funeral Home, 446 South Main St., Nelson, Neb. 68961 or in care of http://www.pricefuneralhomes.com.

Klawitter-Price Funeral Home of Nelson was in charge of the arrangements.