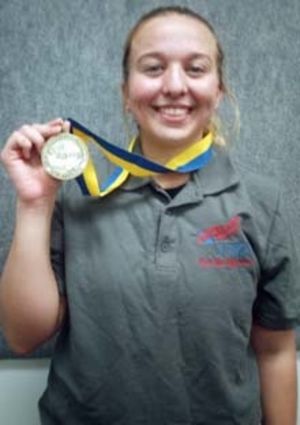 Karrigan Dunstan displays the medal she received as the writer of the Rock Hills FBLA Chapter's Partnership with Business report for National FBLA Leadership Experience held in late June.

In August 2019, the chapter approached the auxiliary about partnering on several projects throughout the year with the intent of each of the partners providing skills and knowledge to one another. Although Karrigan wrote the report, it is actually considered a "chapter" project so in reality the chapter was the recipient of the award.