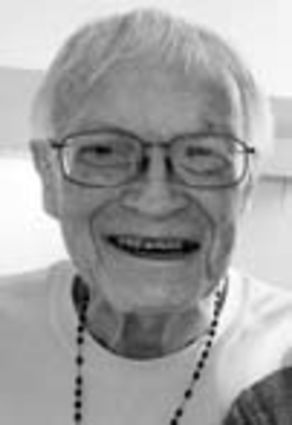 Jack pretty much lived his entire life in Superior. He was employed at the lumber yard in Superior for more than 40 years, earning the respect from co-workers and patrons. He was an avid coin and gun collector and was knowledgeable in both. As a young gentleman, he was interested in the happenings around town, especially if the trains were hauling something interesting or an unusual airplane landed at the airport. He befriended Floyd Wheeler and was seen with him often. Together they would deliver The Superior Express to the neighboring towns, and he would also take photos for the newspaper. During the 4th of July, Floyd and Jack would go to Kansas to buy Zebra firecrackers, the “louder the better” he would say. He liked to read. Every Saturday morning he was at The Express buying all the available newspapers from surrounding communities. He also subscribed to a number of magazines. Remember the cats that used to inhabit the lumber yard? That’s because Jack loved cats and he fed them there and also in his neighborhood.

Jack was a unique guy and will be missed by many.

He was preceded in death by his parents, Gerhard and Charlotte.

Survivors include his sister, Carolyn Laux and husband, Monte, of Kansas City; and many friends.

His funeral was held at 10:30 a.m., Tuesday, Sept. 8, from the St. Joseph Catholic Church in Superior, with the Rev. Ferdinand Boehme officiating.

Music was provided by Ivan Miller.

Interment was in the Salem Lutheran Cemetery at Superior.

Memorials are suggested to go to his family.

Condolences may be sent to Megrue-Price Funeral Home, 750 N. Commercial, Superior, Neb. 68978 or in care of http://www.pricefuneralhomes.com.