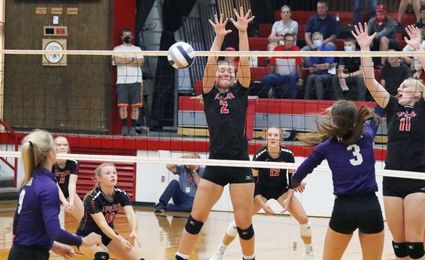 The Superior Wildcat Volleyball team traveled to Nelson Thursday, to take on the Lawrence-Nelson Raiders. The matches between these neighboring schools are always exciting. This year didn't disappoint. All three varsity sets were close with Superior coming out on top: 25-22;25-21 and 25-22.

Madison Heusinkvelt: two kills on four attempts and on dig.