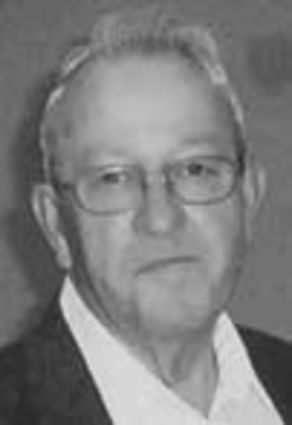 George attended grade school in Edgar. He enlisted with the United State Army on July 28, 1953, serving during the Korean war and was honorably discharged on June 7, 1955.

He was united in marriage to Christina Lois Mittan on Jan. 9, 1955, at Hebron, Neb. This union was blessed with four children. George retired from Ideal Cement after 35 years of service. During his lifetime, George lived in Nelson, Deweese, Clay Center, Oak, Ruskin and Superior. George was a former member of the Baptist Church in Superior. He was also a member of the Boilermakers Union. He enjoyed fishing and hunting, playing cards and vegetable gardening.

He was preceded in death by his parents; two brothers, Danny Stierwalt and Max Stierwalt; a grandson, Zach Beale; and a great-grandson, Dylan Jones.

His funeral was held at 2 p.m., Friday, Sept. 11, from the Megrue-Price Funeral Home in Superior with Pastor David Johnson officiating.

Music was Alan Jackson recordings of “How Great Thou Art,” and “Amazing Grace.”

Visitation was held from 4 to 8 p.m. Thursday with the family present to greet friends from 7 to 8 p.m.

Interment with military honors was in the Evergreen Cemetery at Superior.

Memorials are suggested to go to the Alzheimer’s Association.