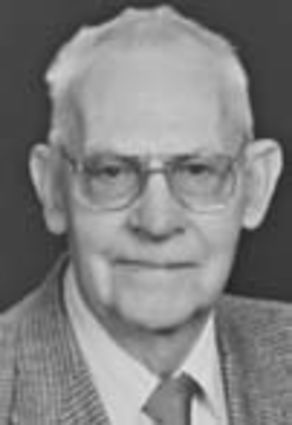 Lester Leo Brandt was born on a farm in Nuckolls County near Nora, Neb., on Dec. 23, 1926, to William and Maggie (Peterson) Brandt, the third of five children. He died Saturday, Sept. 12, 2020, at Warren Memorial Hospital in Friend at the age of 93.

As a young boy, he was baptized and confirmed at Bethany Lutheran Church near Ruskin. Lester attended Riber District country school in Nuckolls County through the eighth grade and then worked on the family farm with his father until his marriage. Lester was denied the chance to serve his country during World War II, because he already had two older brothers who had been drafted, so he was requested to stay on the farm.

On June 26, 1949, Lester was united in marriage to Verna E. Horst in Ruskin. To this union five sons, Richard, Roger, Kenneth, Keith and Norman, were born. They moved to Jewell County, Kansas, for three years and together they made their home farming near Hardy. In 1960, they moved to a farm in Saline County and remained there until moving into the Friendship Terrace at Friend. Over the years, Lester helped with the neighborhood harvesting. After semi-retiring from the farm, he worked on the Saline County bridge crew repairing area bridges.

He was an active member of St. John’s Lutheran Church in Cordova and the Lutheran Laymen’s League. He served his church as an elder for six years.

In his spare time, Lester enjoyed playing cards, hunting and fishing. In 2017, Lester and Verna were honored with the Long-Time Friend Residence Award at the annual 4th of July celebration.

His funeral was at 10:30 a.m. Wednesday, Sept. 16, 2020, at St. John’s Lutheran Church, Cordova, with the Rev. Brian Tuma officiating. Interment was in Zastrow Cemetery. Visitation the night before was at Lauber Funeral Home, Friend. Pallbearers were: Trystan, Peyten, Nathaniel, Dalton, Joshua and Dylan Brandt. Memorials may be directed to the family for later designation. Lauber Funeral Home, Friend, was in charge of arrangements.