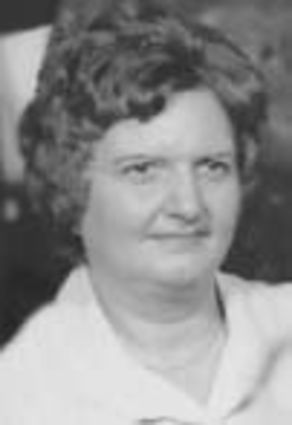 Lois was a graduate of Hebron High School. She worked as a waitress at a cafe during her high school years. She was united in marriage to George Stierwalt on Jan. 9, 1955, at Hebron. This union was blessed with four children. After George was discharged from the service, they moved to Superior where he was employed at Ideal Cement Plant and Lois took care of their family. For a few years, she was employed at the Good Samaritan Center in the kitchen. She, along with George, were active members of the Baptist Church in Superior.

They enjoyed vacationing every summer with the family. After retiring they enjoyed mini travel trips. Her hobbies included crafts, painting furniture and some portraits, working in her vegetable and flower gardens and canning. She valued her time with her family.

Her funeral was held at 2 p.m., on Monday, Sept. 21, from the Megrue-Price Funeral Home in Superior with Pastor David Johnson officiating.

Music was recordings of "Amazing Grace," "Lord's Prayer" and "You Can Close Your Eyes."

Memorials are suggested to go to St. Jude's Hospital.