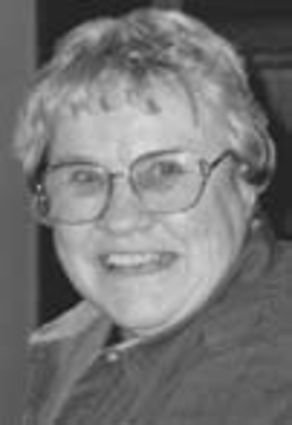 Growing up her nickname was "Stinky" because of the Evening in Paris perfume she wore. Her favorite meal was fried chicken, mashed potatoes and gravy. She liked John Wayne movies, and American Bandstand. Her classmates nicknamed her "Stilts" because she was so short. In school she liked reading, English literature and history, but did not like algebra; She played the French horn in band, volleyball in high school and softball in grade school. She enjoyed Girl Scouts, and especially, roasting hot dogs and marshmallows over the campfires. She enjoyed going to her grandparents' home, and her time with them, as family was important. Her favorite pets were Sandy, her dog, and Daisy, the cow. Her mother taught her to embroider, sew, knit and bake which became her lifelong hobbies.

She was united in marriage to Don Calahan on Nov. 9, 1957, at St. Peter's Lutheran Church in Deshler. This union was blessed with four children.

She served as past president of Carleton Women's Club and Zion Women's Group, Sunday School Superintendent, Sunday School teacher and volunteered at Blue Valley Homes. Rosa enjoyed sewing and had many hours making quilts for Lutheran World Relief and sewing personally for her family.

Her funeral was held at 2 p.m., on Saturday, Sept. 19, from the Zion Lutheran Church in Carleton, with the Rev. Beth Roegner officiating.

Music was congregational hymns "Old Rugged Cross," and "In the Garden," and "Amazing Grace" and "Precious Lord," sung by Stephanie Thayer and John Clahan with Deb Pohlman as the organist.

Private family inurnment was in the Carleton City Cemetery.

Memorials are suggested to go to Zion Lutheran Church.