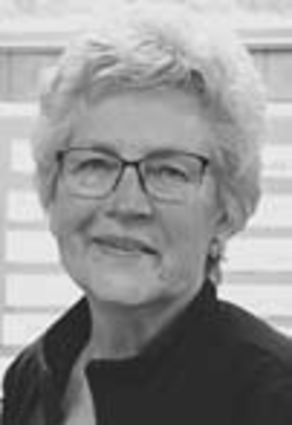 Gloria Ann Tietjen was born in Thayer County on the family farm Nov. 11, 1939, to Theodore O. and Lily Schleifer Tietjen, the third of three children. She attended the Cracker Box one-room schoolhouse and then Chester High School, graduating in 1957. Her parents were strong German Lutherans and she was raised accordingly. She furthered her schooling at the University of Nebraska-Lincoln earning her teaching degree in 1961.

She met Rick Mason at a dance in Bruning, and they married on July 21, 1962, at St. Paul’s Lutheran Church in rural Thayer County. To this union were born three children, Beth Ann, Angela June and Thomas Richard.

She began her teaching career in Omaha and taught at Western Hills Elementary for one year. She then started at Gretna Public Schools in 1962. She taught third and fourth grade off and on for 30 years, taking a few years off to raise the children after Tom was born. She was involved in coaching girls track and girls volleyball early in her career. She also began the annual track and field day, which was the highlight of many of the elementary students’ year. She cherished teaching as it was her true calling.

She and Rick did almost everything together including many years of bowling, softball, volleyball, bridge, golf (including two holes-in-one) and enjoyed attending their children’s and grandchildren’s events. They also enjoyed gambling at Ameristar regularly. Gloria even won a Mercedes-Benz in 2015. She had the luck.

Unfortunately, that luck ran out in 2019, when she was diagnosed with ALS.

Survivors include her husband, Rick of 58 years; daughters, Beth (Dana) Ernst of Kearney, Angie (Jeff) Templeton of Omaha; and son, Tom (Jenni) Mason of Gretna; grandchildren, Michael and Megan Ernst of Kearney, Zachary and Jessica Templeton of Omaha, and Caden, Quinn, Josie and Halle Mason of Gretna; brother, Ted (Louise) Tietjen of Grant; and many nieces, nephews, cousins and friends.

She was preceded in death by her parents, Theodore and Lily Tietjen; and sister, Gladys Tietjen.

Memorials to Resurrection Lutheran Church or ALS Foundation of the Heartland.

Roeder Mortuary was in charge or arrangements.