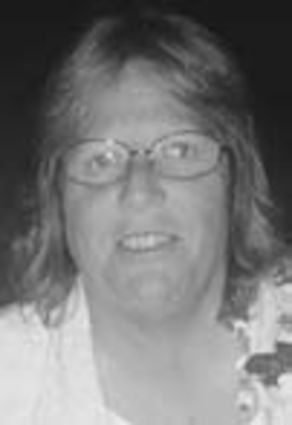 Marcia Kay (Shaw) Junker, formerly of Edgar, Neb., died surrounded by her family, on Oct. 7, 2020, at the age of 58 years and 7 months. She was born March 8, 1962, to Raymond and Darlene (Porter) Shaw. She grew up on the farm near Edgar. She wasbaptized as a baby by her uncle, Reverend Wayne Porter.

She attended Edgar Elementary School and Sandy Creek Jr.-Sr. High School, where she excelled in athletics. She attended Nebraska Wesleyan University, where she earned her teaching degree in elementary education. Two children, Ashley and Nick, were born from Marcia’s marriage to Jerry Junker.

Marcia began her teaching career at the Santee Indian Reservation in Santee, Neb., where she lived for two years and started her family. They then relocated to Fairbury to be closer to their families. While in Fairbury, she had a brief stint in a one room schoolhouse outside of town. After their time in Fairbury, the family then moved to Cuba, Kan., where she went on to continue her teaching and coaching career at Hillcrest Public Schools. The family was welcomed into the school and community with open arms. The relationships that were built weresomething she cherished until her passing. She continued coaching and working with students at Belleville until her health declined.

Throughout her career she enjoyed many successes in the classroom andon the court. Her greatest joy in athletics was coaching volleyball. During her coaching career, she challenged her athletes to go above and beyond to reach their full potential. A highlight of her coaching career was her 2016 volleyball team, placing third in the state. They were also program of the year recipients. She left an

indelible mark on all who encountered her, whether as a teacher or a coach. Her legacy will live on for many generations.

She was a member of the Edgar Church of the Plains while growing up.

She transferred that membership to Cuba Presbyterian Church when she accepted a position at Hillcrest Public Schools. She enjoyed walking across the alley to attend church every Sunday with her children. She was actively involved in the church, whether it was teaching a Sunday School lesson or leading a Bible School program. She was always willing to step up and lend a hand.

Marcia was preceded in death by her father, Raymond Shaw, and sister-in-law, Kathy Shaw.