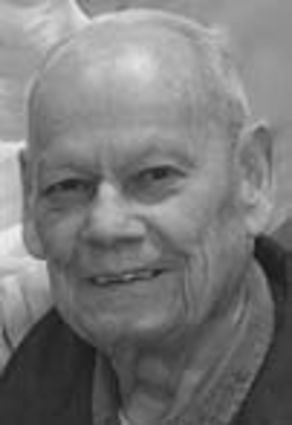 Robert (Bob) was born midwinter, Dec. 29, 1928, in Jewell County, on the farm his grandfather homesteaded, to parents Albert Elmer Cook and Lula Inscho Cook. The second youngest of nine children, he arrived in a world heading into global depression and war. Bob’s father died during the depression and the family would lose the farm before the country could climb out. Memories Bob would relate involved roaming the creeks and woods hunting for food to add to the dinner and improvising toys out of broken machinery with his younger brother, Don. Bob graduated from Jewell Rural High School in May 1946.

Bob’s military career spanned the terms of five U.S. Presidents. Enlisting in the Army Air Corps in 1947, he would retire from the Air Force a chief master sergeant in 1974. His career took him around the U.S. and to Italy, France and Britain.

During his first tour in Italy, Bob met his future wife, Giovanna T. Pironti. They married on April 1, 1955. The next 20 years, Bob and Giovanna would raise four children as they traveled around two continents, visiting many historic and beautiful places.

On retirement, Bob settled the family in Manhattan, where he supported Giovanna in her teaching career and pursuit of higher education. Bob was interested in genealogy, relating many family stories and recording what he could remember or discover. Through much traveling and his marriage to an Italian woman, he took an interest in the ways people adapted to life and the richness that brings to the world. He was an open and friendly man who believed most people are decent and share a lot of the same struggles and joys in life. He searched for the best in people and was sympathetic to the less fortunate.

Not political most of his life, he grew notably critical of the quality of some of our national and state political leaders’ acquaintance with the truth or even reality, and frequently expressed this through letters to the

editor of newspapers around Kansas and Missouri. A grandson of a Civil War veteran, he served his nation in its rise into a global power then lived long enough to witness its retreat from leadership. The Alpha and Omega of a long and honorable American life.

Robert is preceded in death by his wife, Giovanna; brothers, Oliver, Joseph, Leland, Leonard, and Derile; and sisters, Beth and Ella May.

He is survived by his daughter, Marika; sons, Rob Roy, Derek and Randy; grandchildren, Trent, Camille, Darcie, and Vanessa; brother Donald; along with many nieces and nephews.

A service will be held on Saturday, Oct. 17. Contact the family at 513-448-6769 for details as attendance is limited. There will not be a visitation.

Memorial donations may be made to the Department of Veteran Affairs at: https://www.volunteer.va.gov/apps/VolunteerNow/

“Happy trails to you, until we meet again.”