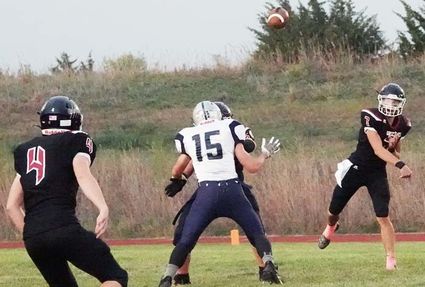 The pendulum swung back to the win side for the Rock Hills Grizzlies football team, Friday, when they downed the Southern Cloud Warriors 56-6 at Mankato, Friday. The mercy rule shortened game improved the Rock Hills record to 2-4 for the season. Southern Cloud was playing with a reduced roster.

Jerrod Gillett completed four of his six passes for 126 yards and two touchdowns.