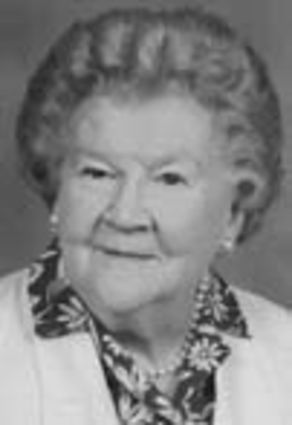 Melba graduated from Nelson High School with the Class of 1941. During her senior year of high school, she took training to be a telephone operator. She attended commercial school to teach and was the bookkeeper for Storecraft Manufacturing Co. in Beatrice.

On March 19, 1946, she was united in marriage to Bill Lynch at Mankato, Kan. To this union was born two sons, James and Jerry. Together they raised their family on the farm west of Nora, Neb. She was a member of the Nora Methodist Church until its closing and was currently a member of the Superior United Methodist Church. Melba was a member of the Rebecca Lodge, the Deshler Town and Country Porcelain Guild, the Nora Women's Club, VFW Auxiliary and was the organist for the Nora and Superior Methodist churches. Melba enjoyed playing the piano, painting, reading, quilting and cooking. She especially enjoyed her time with her grandchildren. She will be remembered for "Coffee Time" at Nora held every day at 10 a.m. with family and friends.

She was preceded in death by her parents; her husband, Bill; sister, Diane Collins; and brother, Stephen Brown.

Her funeral will be held at 2 p.m., today (Thursday, Oct. 29), from Megrue-Price Funeral Home in Superior. A graveside service will be held at 3 p.m., at the Nora Cemetery in Nora, with Pastor Dorthea Fairbanks officiating at both services.

Visitation was held from 4 to 8 p.m. Wednesday.

Memorials may be given in care of the family to be designated later.