Subdistricts round two, SHS vs. Milford 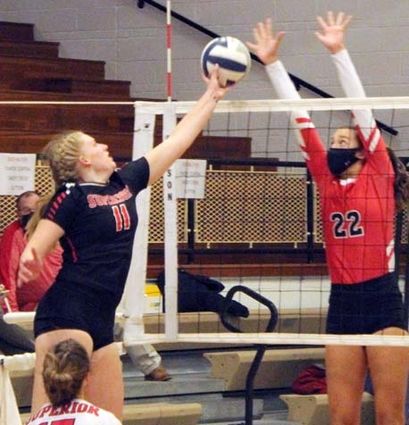 Emma Henderson (11) goes up against a masked Sutton defender during Monday's sub-district match at Thayer Central High School in Hebron.

The Lady Cats went to Milford for the condense Southern Nebraska Conference Volleyball Tournament. This year, the single elimination format was used without a consolation bracket. Superior won the first set 25 to 19, but Centennial won sets two and three: 20-25 and 14 to 25. It was a disappointing match for the Lady Cats.