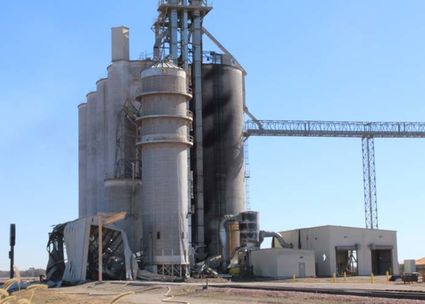 After an explosion rocked the Superior East elevator Saturday afternoon, firefighters worked Sunday and Monday to control a stubborn fire that wouldnʼt quit. This picture shows the elevatorʼs truck dump on the right and rail load-out on the left with a stream of water being directed on the smoldering fire in the center of the photo.

After an explosion rocked the Superior East elevator operated by the Aurora Cooperative on Saturday afternoon, firefighters worked the better part of two days to contain the related fire.

The Nuckolls County 911 dispatch center received a call reporting an explosion at the elevator at about 4:15 p.m. Saturday. That blast was heard throughout Superior. Prior to the explosion, the elevator was receiving grain as area farmers push to conclude the 2020 harvest.

Several injuries were reported in connection with the blast but fortunately none were classified as serious.