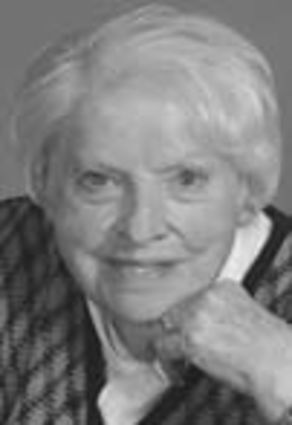 Bev was a 1955 graduate of Superior High School. On May 1, 1956, she was united in marriage to Billie Rogers at the First Baptist Church in Fairbury, Neb. To this union three children were born: Peggy, David and Mike.

For 35 years Bev was the supervisor of the laundry department at Brodstone Memorial Hospital in Superior. She was a lifelong member of the First Baptist Church and Women’s Baptist Circle. She was also a member of the Brodstone Hospital Auxiliary and a member of a pitch card club. She volunteered at the Nifty Thrifty store and the Vestey Center in Superior. Bev was an avid collector of many things, especially oil lamps and cookbooks which she liked to read. She enjoyed time with her family and was sociable and enjoyed visiting with all she met.

Bev was preceded in death by her parents; her husband, Billie; her brothers, Jim and John Hughes; a nephew, Aaron Hughes; and brother in law, Don Kottmeyer.

A graveside service will be held at 2 p.m., Friday, Nov 13, from the Evergreen Cemetery in Superior, with Pastor Natalie Faust officiating.

Visitation will be from 4 to 8 p.m., today (Thursday) with the family present to greet friends from 5 to 7 p.m.

Interment will be in the Evergreen Cemetery at Superior.

Memorials are suggested to go to the Brodstone Memorial Hospital Infusion Center c/o of the Hospital Foundation.