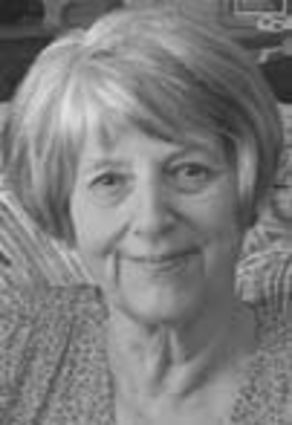 Janet Sue New, 79, died with her loving husband, 78, at their home in Mesa, Arizona.

Janet was the only child of Duane Neil and Margaret Lucille (Meeker) Bennett, born on Oct. 11, 1941 in Otego, Kansas.

Janet’s entire childhood was in the farming community of Mankato, Kansas. She graduated from Mankato High School in 1959. After high school, she moved to Denver, Colorado, where she attended beauty school and worked as a beautician. She married Milburn L. Allred on Aug. 28, 1960. They had four children, Stacey, Victor, Lee and Darcy. Jan went on to earn her licensed practical nursing degree in 1985.

In June of 1989, Janet married the love of her life, Bobby New and added three stepchildren, Pojana, Charley and Roger. Janet and Bobby were later sealed in the Salt Lake Temple for time and all eternity. Upon retirement, they split their time between Arizona and Utah. They eventually bought a house close to family in Mesa and enjoyed their grandkids and three great grandkids.

Jan was a faithful member of The Church of Jesus Christ of Latter-Day Saints. She served in many callings but her very favorite was as a teacher in the Relief Society (Women’s LDS organization). She particularly liked family history work and completed one line of her family back to the 1600s. Jan enjoyed many crafts, especially scrapbooking and taking care of her rosebushes. She was a dedicated full-time homemaker most of her life. She loved being a grandparent and great-grandmother; for the last 30 years she enjoyed living near family, especially her grandchildren and great-grandchildren. She enjoyed playing card games from a young age. She taught her children the greatest inheritance she would ever give them was each other. Janet and Bobby enjoyed eating lunch out most days and going to all kinds of antique and estate sales. She was a gentle, thoughtful soul who will be sorely missed by her family, neighbors, and church friends

Her beloved husband, Bobby New, died peacefully in his sleep on the morning of Nov. 5, 2020, and she joined him shortly after. She was also preceded in death by her parents, Duane Bennet and Margaret Meeker Bennett, and four great-grandparents.

Visitation will be held from 11 a.m. until 1 p.m. at the Melby Mortuary on Saturday.

Her funeral will be held 1 p.m., on Saturday, Oct. 14, 2020, at the Melby Mortuary, Mankato, with Matt Whatcott officiating. Burial with her husband will immediately follow in the Burr Oak Cemetery, Burr Oak, Kansas.

The family requests memorials to http://afas.org—(ASSA) Headquarters Air Force Aid Society,1550 Crystal Drive, Suite 809, Arlington, Virigina 22202, to honor her husband’s untiring devotion, loyalty and service to our beloved country. These can be sent in care of Melby Mortuary. For online condolences, visit http://www.melbymortuary.com.