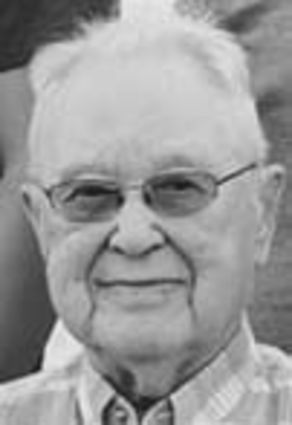 Vaden Kramer, 99, a long time area resident of Nelson, died Oct. 28, in Springfield, Mo., surrounded by his loved ones.

Born on the Nuckolls County family farm on Sept. 23, 1921, Vaden was preceded in death by his beloved father and mother, Law- rence and Fern (Smalley) Kramer, and his wife of 65 years, Dorotheda "Theda" (Wroughton) Kramer.

He is survived by his two sons: Douglas Kramer of Germany and wife, Martha; and David Kramer of Buffalo, Mo., and wife, Sandra (White). He is also survived by three grandchildren: Brian Kramer and his wife, Joanna, of Buffalo, Mo.; Matthew Kramer and his wife, Kay, of Buffalo, Mo.; and Amy (Kramer) West and her husband, Brian, of Minneapolis, Minn. Vaden was loved dearly by his seven great-grandchildren: Colby, Khloe and Lincoln Kramer; Cooper West, O'Tillie Kramer, and Caleb and Ethan McDairment.

Vaden worked his family farm until his retirement in the mid 1970s, but remained active and involved with the farm throughout his life. He enjoyed his latter years creating prize-winning wood carvings and living many winters in Marble Falls, Texas, where he greatly enjoyed fishing daily with his lifelong friends. After his wife, Theda, died in June of 2007, Vaden moved to Missouri to be near his son, David, and family, but his home and heart was always Nebraska.

He will be missed by his family and friends. Because of COVID restraints, a memorial service will be announced for 2021.