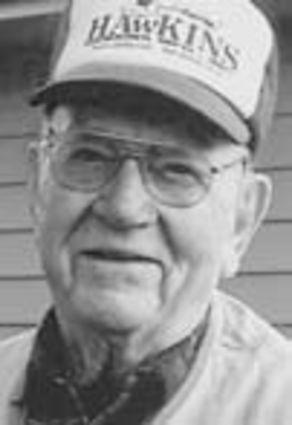 A private family graveside service for Walter “John” Stark, Jr. will be held at the Prairie Home Cemetery in Holdrege, Neb., with John’s great-grandson, Nicholas Martozie, officiating. Military honors will be conducted by the Loomis American Legion in conjunction with the United States Marine Corps Funeral Honors Team.

Walter John Stark, Jr., 88, of Hastings, (formerly of Holdrege and Loomis), died Sunday, Nov. 8, 2020, at the VA Nebraska – Western Iowa Health Care System in Grand Island. John was born July 14, 1932, in Ragan, Neb., the second of four children to Walter John Stark and Elsie (Murphy) Stark. He received his education from Loomis Public School, graduating from Loomis High School with the Class of 1949. John then pursued higher education at Kearney State College, where he received his teaching credentials.

John then taught school for a short time in Brown County and Phelps County, Nebraska, before serving his country during the Korean Conflict. John was inducted into the United States Marine Corps on Sept. 5, 1951, serving until his honorable discharge on Jan. 2, 1954.

On Jan. 12, 1951, he was united in marriage to Doris Lee Sprague and to this union the couple were blessed with four children: Michael, Joy, Beth and Connie. The family made their home two miles north of Loomis, where John engaged in farming and cattle ranching for 25 years. John then began a career in sales with Morton Buildings from 1978 until 1985, serving as sales manager for the company. In 1985, John accepted a position with Hawkins Manufacturing in Holdrege as plant manager until 1990. He later retired from Machinery Auction Company based out of Crane, Mo., in 1992. Later in years, John and Doris began to make their home in Hastings to be near family.

Those who knew John can relate to the fact that he liked to stay busy, whether it be river hunting or being a handyman, he could find something to do!

John was a past member of United Methodist Church in Loomis; the American Legion and Veterans of Foreign Wars Posts and past member of the Elks Lodge.

John is survived by his wife, Doris Stark of Hastings; three children: Michael Stark and his wife, Marletta, of Crete; Joy Stoltenberg and her husband, Scott, of Morrill; and Beth Lovegrove and her special friend, John of Hastings and Makato, Kan .; three grandchildren: Michelle Myers and her husband, LarTee, of Columbia, S.C .; Kristina Stark of Crete; and Andy Lovegrove of Superior; granddaughter-in-law, Christopher’s wife, Britni Lovegrove, of Superior; four great-grandchildren: Corrine Myers; Erin Myers; Nicholas Martozie; and Kylee Roberts; brother, Jerrold Stark and his wife, Betty of Hays, Kan .; and a host of nieces, nephews, other relatives and friends.

There will be no visitation or memorial book signing, the family is honoring John’s wish for cremation.

A memorial has been established in John’s honor, and kindly suggested to the family for later designation.

Expressions of caring and kindness can be sent to the family at http://www.nelsonbauerfh.com

The Nelson-Bauer Funeral Home in Holdrege is assisting the family with the arrangements.