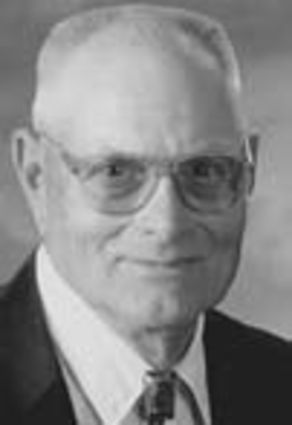 On June 30, 1953, Edgar was inducted into the United States Army at Omaha, Neb. He was honorably discharged on Aug. 21, 1953, at Fort Riley, Kan. On Nov. 24, 1957, he was united in marriage to Beulah Hoyer at the rural Bethany Lutheran Church near Ruskin. To this union was born three children. He farmed and milked dairy cows at the Hardy, Nebraska Tietjen Farm most of his life. He was a member of the St. Paul Lutheran Church at Hardy. Edgar loved God, his church and his family. He worked hard and lived his life as an example of the God he served. He had an amazing ability to love each person in a special way, meeting them right where they were. He was a good friend and grandpa to many and was ready to take Mama for a Sunday drive.

Edgar was preceded in death by his parents; one brother, Frederick Tietjen; and brother-in-law, Marvin Schlueter.

He is survived by his wife, Beulah of rural Hardy; three children, Glinda Stafford of Clay Center, Kan., Dave Tietjen of Superior, and June Peterson and husband, Kevin of Glasco, Kan.; nine grandchildren, Diane Littrell, Jonah Stafford, Cassie and Anthony Buckner, Kevin Stafford, Dalen and Darcie Tietjen, Kendra Tietjen, Lance Heller, Elijah Heller and Anna Peterson; 10 great-grandchildren and one great-great grandchild. He is also survived by his five sisters along with a host of many nieces, nephews, other relatives and many friends.

Music was provided by Ivan Miller on the violin.

Interment was in the Spring Creek Cemetery, Ruskin.

Megrue-Price Funeral Home of Superior, was in charge of the arrangements.