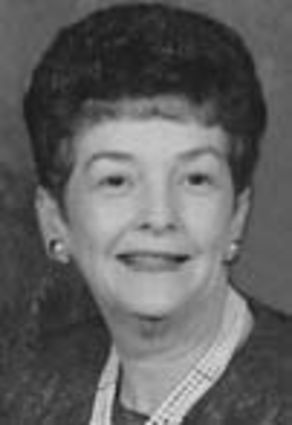 At the age of four, she moved with her parents to Alexandria. La. She was baptized and confirmed at rural Bethany Lutheran Church, Ruskin, on Jan. 30, 1955, by the Rev. Immanuel Petersen. She attended school in Alexandria receiving her GED thru Superior High School in 1977.

On Feb. 18, 1953, she was united in marriage to Merwyn Dean “Cap” Renz in Wiesbaden, Germany, having met Cap when he was stationed at England Air Force Base in Alexandria, La. They lived in Chaumont, France, until Merwyn’s release from the Air Force in November of 1953, at which time they returned to Ruskin, where Cap was engaged in farming and trucking for many years.

She often remarked they were surely married as it took most of the day for the ceremonies to be completed, being married first in a civil ceremony by the Burgermeister of Wiesbaden in German, then translated into English by his secretary, taking time out for lunch then proceeding to the American Chapel in Wiesbaden where they were married in a religious ceremony by an Air Force chaplin.

Mary Lou was a member of Bethany Lutheran Church, serving many terms on the church council, she also taught Sunday school for many years.

Her funeral will be held at 2 p.m., Saturday, Dec. 5, from the Megrue-Price Funeral Home in Superior with Pastor Lori E.L. Kitzing officiating.

Music will be “I The Lord of See and Sky,” “On Eagle’s Wings,” solos by Brad Schultz with Dee Ann Petersen as the organist and recording of “Amazing Grace.”

Visitation will be from 4 to 8 p.m., Fridaywith family present from 6 to 8 to greet friends.

Interment will be at 3:15 p.m. in the Spring Creek Cemetery at Ruskin.