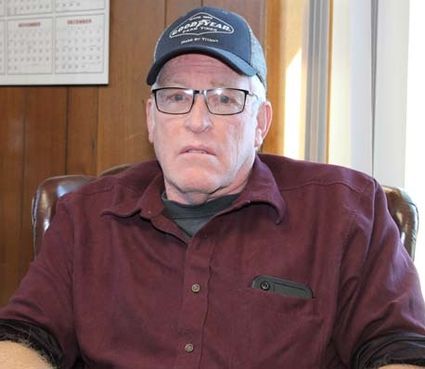 Dave Mussmann, a lifelong Ruskin resident is the new commissioner-elect to the Nuckolls County Board. He will be sworn into office in January. He attended Monday's board meeting at Nelson to begin the familiarization process with his new office.

Dave Mussmann is a life-long Nuckolls County resident. He ran unopposed in the Republican primary for the county commissioner seat being vacated by Darren Blackstone who opted to not run for reelection. Mussmann was elected in the November 3 general election without opposition.

He attended his first county board meeting Monday as he familiarizes himself with the activities and procedures which come with the office.

Mussman is a resident of the Ruskin community where his roots run deep. He farms land which was farmed by both his grandparents. Some of the family land dates back to the orig...