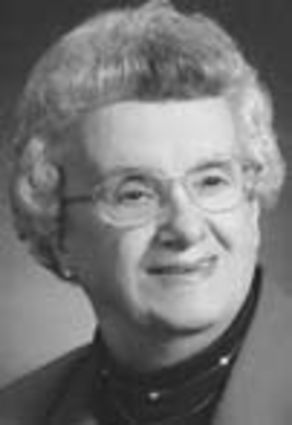 Darlene Mae Hess, 88, of Deshler, the daughter of Dietrich and Helen (Bohling) Mar-quart, was born Nov. 29, 1932, in Deshler. She died Saturday at Thayer County Health Services in Hebron.

Darlene grew up in Deshler attending school and graduating from Deshler High School.

She married Harold Hess June 23, 1957, at Redeemer Lutheran Church in Lincoln, Neb. This union was blessed with the birth of two children.

Darlene was a member of Peace Lutheran Church in Deshler. She helped where she was needed, baking cookies and folding bulletins.

Family was important to Darlene especially time with her grandchildren.

Darlene was a dietary aide at Parkview Haven Nursing Home in Deshler for many years.

She was preceded in death by her parents; husband, Harold; and daughter, Rhonda Clyde.

Condolences may be left at http://www.krollfh.com. Cards may be mailed to Lori Clyde at 954 E. 2nd St Superior, Neb. 68978. Kroll Funeral Home of Deshler was in charge of arrangements.