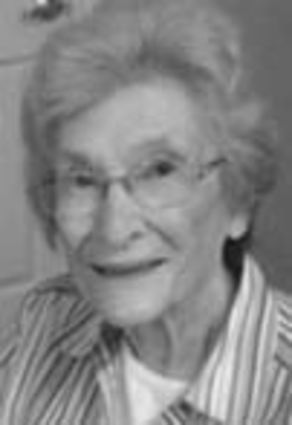 Dee was a Superior High School graduate. She was a member of Centennial Lutheran Church.

She was united in marriage to Kent Bixby on Sept. 18, 1949, at Superior. This union was blessed with five children. For many years Dee worked side by side with Kent at his printing company. In 1994 Dee and Kent moved from Albuquerque back to Superior. Dee was an excellent homemaker and a wonderful wife, mother and grandmother. She was active in her church, baking for church activities, she was the editor of the Christ Lutheran Paper, was always volunteering at the hospital, the election polls, the library and many others. She was community oriented.

She was preceded in death by her parents; husband, Kent, in August of 2018; son, Kirk Bixby; two daughters, Lori and Lisa Bixby; brother, Harold “Shrimp” (Dixie) Whitney; and her sister, Marcella (Leon) Simonsen.

Her funeral was held at 10 a.m., on Monday, Dec. 7, from the Megrue-Price Funeral Home in Superior.

Music was “Amazing Grace” and “In The Garden.”

Interment was in the Hardy Cemetery at Hardy.

Memorials are suggested to go to the Centennial Lutheran Church or the Alzheimer’s Association.