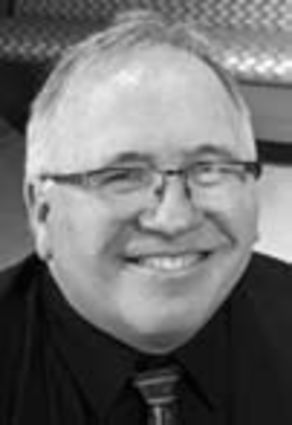 Kenneth Archie Fairbrother was born on Nov. 27, 1957, in Shillong, Assam, India to missionaries Archie and Marguerite (Bare) Fairbrother. He was the fourth of seven children born to that union. His family continued to live in India until he was in junior high when they moved back to the states and landed in Huron, S.D.

After the family moved to Lincoln, Neb., he attended Lincoln Northeast and graduated in 1975. After high school he attended Dakota Bible College in Huron, S. D., where he earned his bachelor’s degree in sacred literature.

During his first year in college he met his wife, ministry partner, and best friend, Sandy Scheurer. They were married on Nov. 21, 1976 in Rapid City, S.D. After he completed college, they accepted their first full-time ministry position at the Church of Christ in Superior in the fall of 1983.

In 1985, Ken and Sandy welcomed their only child, Brock, into the world. Ken was thrilled to be a father and would spend the rest of his life teaching his son what it means to be a man who lives, loves and leads well. The church in Superior saw significant growth during the Fairbrother’s tenure there. Much of that growth can be accredited to Ken’s relentless work ethic, sense of personal responsibility, and desire to show genuine love to everyone God put in his path.

In the spring of 1995, the family accepted a ministry position at Countryside Christian Church in Kearney. Once again, Ken went to work loving the church into a deeper sense of purpose, joy, and hope. And once again incredible changes and growth occurred. He spent much of his time in Kearney as the chaplain at St John’s Center, a nursing home with the Good Samaritan Society. In the fall of 2007, they moved to South Dakota to care for Sandy’s father.

Shortly after moving to the Black Hills, Ken accepted the position of senior minister at Black Hawk Community Church. He hated the snow, but he loved the people. He formed many relationships and was heavily involved in Convoy of Hope and other inter-ministry activities. In the spring of 2018, Ken and Sandy accepted their final position at Missouri Valley Christian Church in Missouri Valley, Iowa. The church welcomed them warmly with open arms. The last two years were full of joy and community.

Ken’s legacy is hope. He wanted everyone to know Jesus Christ was the reason for that hope. Even in his most painful moments, hope was at the forefront of his mind. Ken enjoyed many activities including smoking meat, going on road trips, going to football games, and even doing laundry. But nothing compared to getting to love on his family, especially his two beautiful granddaughters.

A graveside service was held at 2 p.m., Dec. 4, at Lincoln Memorial Cemetery in Lincoln, Neb.

In lieu of flowers, the family requests that you feed a homeless person or help someone in need.