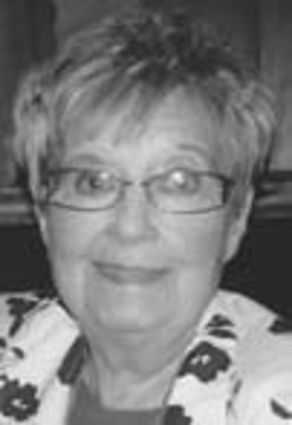 Ginny attended District 17 Sunny View School and graduated from Superior High School. She also attended two summers at the Kearney State Teachers College. She was baptized in the Methodist Church at Nora, and confirmed in the Salem Lutheran Church north of Superior. On Nov. 8, 1952, she was united in marriage to Leon Elsey at the St. Joseph’s Catholic Church in Superior. To this union was born two children, Wayne and Rhonda. She was a member of the Sacred Heart Catholic Church in Nelson since 1956. Ginny was a member of the VFW Auxiliary, the DCCW, Sacred Hearth Altar Society, former CCD teacher, and the Retired Teachers Association. She taught at the Beach School, Dist. 44 for two years and was the secretary to the superintendent for the Nelson Public Schools for 17 years. She also worked at the Broken Spoke in Ruskin and the Glass Connection in Nelson and Superior. She especially enjoyed her family and crafting.

She was preceded in death by her parents; and her husband, Leon Elsey.

She is survived by her children, Wayne Elsey and wife, Dorothy, of Lincoln, Neb., and Rhonda Stacy and husband, Bruce, of Kimberling City, Mo .; four grandchildren, Justin Hartwig, Kristina Amen, Ashley Blank and husband Todd, and Olivia Kaufman and husband, Ben; three great-grandchildren, Elle Kaufman, Willow and Violet Amen; sister, Jo Baker and husband, Johnny, of Mission Viejo, Calif .; along with a host of other relatives and friends.

Her funeral was held at 10 a.m., Wednesday Dec. 16, from the Sacred Heart Catholic Church at Nelson with Rev. Ferdinand Boehme officiating. Rosary services were held at 9:30 a.m. before the Mass.

Music was “Ave Maria,” “You Are Mine” and “On Eagles Wings” with Stephanie Thayer as soloist and Carlita Price as organist. Lector was Sheila McCartney.

Visitation was held from 4 to 8 p.m., Tuesday with the family present to greet friends from 4 to 6 p.m.

Interment was in the Nelson Cemetery at Nelson.

In lieu of flowers memorials are suggested to go to the Sacred Heart Catholic Church.

Condolences may be sent to Klawitter-Price Funeral Home, 446 South Main St., Nelson, Neb. 68961 or in care of http://www.pricefuneralhomes.com.

Klawitter-Price Funeral Home of Nelson was in charge of the arrangements.