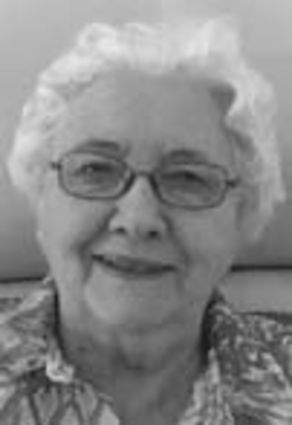 Marguerite spent her childhood in Nilvange, France. She learn- ed how to speak French and German early and learned English in secondary school during the annexation of Moselle (1940-1944).

Marguerite met her future husband, Gotthilf Seybold, in Nilvange at the beginning of September, 1944 where he was serving with the US Army. She enrolled as an interpreter (she was then 17) at that time. She was the second youngest interpreter in the U.S. Army, serving in the 398 MP Battalion, Company D in Mourmeleon-le-Grand. She later transferred to Chalon-sur-Marne, where she continued to be an interpreter until the fall of 1946.

She was a member of the United Methodist Church, Republic.

Marguerite was preceded in death by her parents, Paul and Helene Petit; and her husbands, Gotthilf E. “Sy” Seybold and John “Jack” Seybold.

Visitation for the public was from 1 until 6 p.m., Friday, Dec. 11 at the Bachelor-Surber Funeral Home, Belleville.

Memorials are suggested to the Meadowlark Hospice.

Bachelor-Surber Funeral Home, Belleville, was in charge of the arrangements.