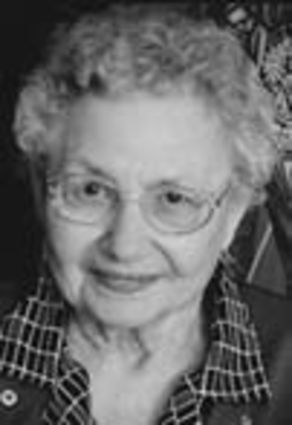 Lucile was a graduate of Jewell High School.

Lucile was a homemaker and a loving mother and wife.

She was a member of the Trinity United Methodist Church, Eastern Star, and VFW Women’s Auxiliary. Lucile taught Sunday school for many years.

She enjoyed making pictures from kits that used embroidery thread. She also enjoyed sewing and making herself clothing as well as for her children.

She was preceded in death by her parents, Reuben and Mary; husband, Stanley; a son, Gail Ozmun; two daughters, Iris Ozmun and Carole Thompson.

Visitation was held Monday, Dec. 28, 2020 from 9 a.m. until service time at 2 p.m. at the Melby Mortuary. Pastor Dan Daniels officiated.

Memorial contributions may be given to the Trinity United Methodist Church, Jewell, Kan., in care of the Melby Mortuary, P.O. Box 384, Mankato, Kan. 66956.