Ute Theatre started before 1915 across the street from today's location 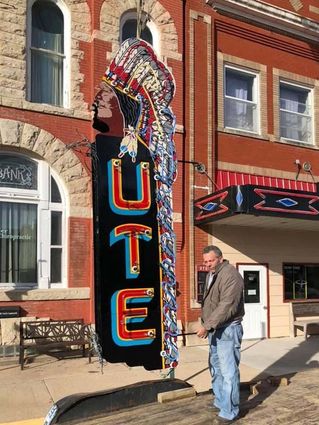 The Ute Theatre sigh has been repaired and was reinstalled last week in good weather.

Until 1928, there were only silent movies. These movies were accompanied by the piano. Opal Lamb served as the piano player while she was in high school. Other piano players during the silent movie times were Kathryn Kramer and Margaret Countryman.

In 1927, Jesse DeLong took over management of the Blair Theatre...