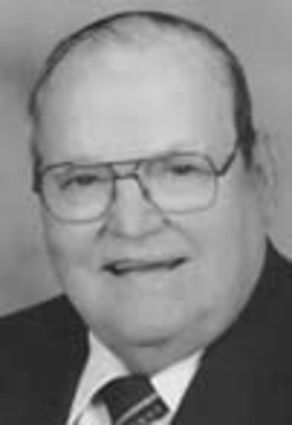 Robert LaVerne Kemmerer died Friday, Jan. 22, 2021, at the Resident Care Center in Beloit, Kan. Robert was born on Oct. 27, 1929, on the family farm north of Jewell. His parents were Ferd and Bertha (Queen) Kemmerer.

He attended Brewer County School and graduated from Jewell High School in 1949. Robert married his sweetheart, Patricia Shaver, on Sept. 23, 1951, in Jewell, Kan., and celebrated 60 years together.

Robert served on many committees throughout his years. He was instrumental in helping bring rural water to Northcentral Kansas by serving on the Rural Water District board No. 3. In 1944, Robert joined the EUB church, later named the Salem United Methodist Church, and was a faithful member. After the church closing, he transferred to the Jewell Christian Church. Robert enjoyed farming and raising his six children on the family farm. His love for children expanded to 4-H, which was a huge part of his family’s life. Following his children in sports and 4-H activities gave him great joy.

Robert was preceded in death by his wife, Patricia; daughter, Jane Gibbs; his mother and father; and siblings, Katherine, John, and Mildred.

Visitation will be held on Friday, Jan. 29, at the Melby Mortuary in Mankato with the family receiving friends from 5 to 7 p.m.

A funeral will be at the Jewell Christian Church at 2 p.m., on Saturday with Pastor Dan Daniels officiating. Burial will follow in the Wallace Cemetery. There will be military honors provided by the Jewell Legion Post 72, and Ft. Riley Big Red One, at the graveside.

Memorial contributions may be given to Resident Care Center, Beloit, or the Jewell Christian Church, Jewell, in care of Melby Mortuary, P.O. Box 384, Mankato, Kan. 66956.