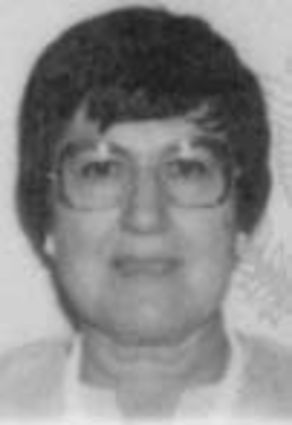 Virginia Ann Blecha, 92, the daughter of Albert and Hattie (Wilkerson) Blecha was born August 15, 1928, in Benkelman, Neb. She died Sunday Jan. 24, 2021, at the Superior Good Samaritan Center in Superior.

Virginia graduated from St. Mary’s Nursing College in Omaha, Nebraska in 1950. Virginia never married. She worked several years in Franklin, Neb., as the head nurse. Virginia later became a nurse anesthetist. A highlight in her career was spending three years in America Samoa. At one point, she worked 36 hours straight after a major airplane crash in Samoa.

Virginia lived most of her life in Omaha, working at Clarkson Hospital until she retired in 1988. Virginia moved to Superior in 2017 because of failing health.

She was preceded in death by her parents; sisters, Mary Helen Gadeken of Spokane, Wash., and Ila League of Stratton, Neb., and niece, Kathy League and sister, Lila Manley of Ariz.; brothers, Walter Blecha of Benkelman, and niece, Cindy (Blecha) Fries and Dale Blecha (Jean) of Haigler, Neb.

Virginia donated her body to science. Virginia wished to have no services or memorial. Condolences may be sent to the family at wmsfh.com.

Williams Funeral Home of Superior is in charge of the arrangements.