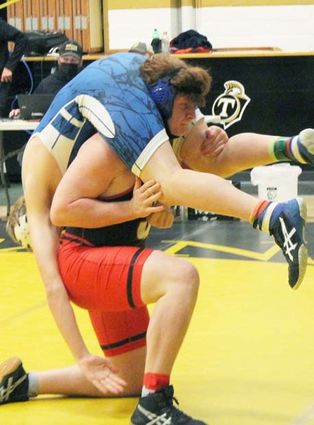 Hayden Neeman continued his torrid pace of first place finished in the 106 pound weight bracket. He picked up 17 team points as he ran his season record to 31-1.

Brett Miller was in fourth place in the 113 pound weight class. He earned seven team points.

Tyler Everhart was in sixth place in the 145 pound weight division. He earned two team points.

The Wildcats travel to Wilber-Clatonia for the Southern Nebraska Conference Tournament Saturday.