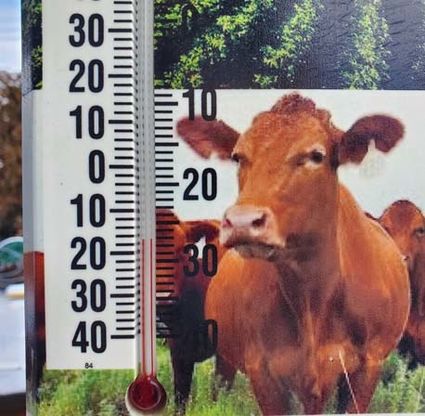 An unofficial temperature was 17 degrees below zero in Jewell at 8:30 a.m. Monday.

Yes, it has been cold outside! Temperatures around and below zero at night with wind chill readings even colder. It doesn't seem the days are much warmer.

The coldest recorded temperature in Kansas occurred about this time of year in 1905. That winter saw some very cold temperatures. Both Kansas and Missouri set their record low temperatures in 1905. In nearby Lebanon, Kan., and in Warsaw, Mo., on Feb.13, 1905, it was 40 degrees below zero.

That same day, farther south in Gravette, Ark., it was 29 below zero for the lowest ever recorded temperature in Arkansas. Three of the 50 United States recorded their record low on the same day.

"Way up North" in Alaska, at Fort Yukon, the temperature has been recorded at a minus 80 degrees. Even in the "lower 48," Medicine Lake, Mont., residents have seen 70 degrees below zero.

Perhaps thinking about those temperatures, will make our teens below zero seem not so cold.